I’ve recorded two solo fiddle albums – “Across Bridges” and “A Deep Pool” and contributed to several other albums.

With many Irish traditional fiddle recordings available it might be worth highlighting what to expect from these two recordings.

“A Deep Pool” has a few lightly accompanied tracks (Josephine Keegan) and a very special track of mazurkas with my 3 fiddle-playing daughters. What possibly sets this album apart is the regional repertoire focus and the fact that many of the tunes are unknown, with a high proportion of the tunes never previously recorded. That is quite unusual these days.

Both CDs have a wide range of tune types including some beautiful airs, set dances, mazurkas, single jigs and so on…..if you want a “reels-only” recording then these probably aren’t for you.

Here’s an extract from my sleeve notes that sums up these recordings.

“I play most of my music at night in the kitchen, with nothing but the accompaniment of fiddle shadows on the wall …it is music to relax and unwind to, music for mind and soul, and music to reflect on. These recordings give an ear to some of that music, and include some tune forms, versions, and rhythms that perhaps wouldn’t usually find a voice in most music sessions“.

It was very hard to distil many years of playing and learning into a few CDs, and hence each CD is full to the brim…approximately an hour each and accompanied by extensive notes in the accompanying booklets. Recording tunes is one challenge but providing the context of each tune…who I learned it from or what was special about how they played it, or how I traced it through centuries of collections, and so on, is very important to me and I regard as the difference between “a nice melody” and “a special tune”.

“Across Bridges” (59mins, 18 tracks, 39 tunes) represented many of the tunes that were special to me or had bubbled to the top after years of playing. This recording  acknowledged some very important influences. Those included Bobby Casey who taught and inspired me the first few times I went to the Willie Clancy week classes as a teenager, as well as Junior Crehan, Paddy Canny, Con Cassidy, Jimmy Burns, Ben Lennon and Josephine Keegan, to name just a few of the important influences I played with and learned from.

“A Deep Pool” (58mins, 19 tracks, 34 tunes) delved deeper into music specifically related to my home area of Down/Armagh/Louth and many of the tunes have not been previously recorded.  It was the culmination of  several years of researching and playing an estimated 18 thousand tunes from many published and unpublished collections and manuscripts…including collections held in England and Scotland. Of course, many of the tunes now regarded as “Irish trad” started their lives in other countries and they migrated back and forth and often changed their names and forms as they did so.

These tracks, in Séamus Sands´ instantly recognisable style, speak with the authentic voice of a fiddle-playing tradition stretching back through many generations of his family. Along with his individual treatment of more familiar pieces, Séamus’ deep understanding of the music breathes credible life into tunes locked away in manuscripts for many years. – Pat Mitchell (Piper and Researcher)

Both “Across Bridges” and “A Deep Pool” attracted much positive feedback but perhaps the most satisfying comments were the many individuals around the world who sent personalised feedback….the older lady in Japan who dances around her kitchen every morning to the first CD to put her in a good mood, the person in Virginia USA who teaches my tunes to their fiddle club, the person in a remote part of Alaska who has now started playing again due to the CD inspiring him, or the person in Morocco who connects to their heritage through these recordings, and many similar comments. Keep sending the feedback..it makes the effort worthwhile!

“Across Bridges” (debut album, 2015)  is unaccompanied, solo, traditional Irish fiddle playing. It is relaxed, melodic, rhythmic playing. Without accompaniment or special effects, every note and nuance can be heard – ideal for anyone wanting to appreciate fiddle playing and to enjoy or learn from a wide range of tune types, not played at a hectic pace.

Below are a few of the comments from media reviews….

“Took my breath away, pure and beguiling, casts quite some spell…” (RTE Lyric FM, Grace Notes)
“A superb album” (BBC Radio Ulster, Folk Club)
“a pleasure that unfurls with every return visit” (Irish Times, The Ticket)
“an inspirational album that captures the stark beauty of unaccompanied fiddle, at its best” (Tradconnect)
“the decision to record unaccompanied has paid off well….allows the listener to dwell solely on the melody, the subtlety of his intricate fiddle ornamentation, and the full range of a beautiful instrument made by the performer” (Newry Reporter)
“a rare album where each set leads seamlessly into the next and it leaves the listener pining for the next selection“(Custy Music)
“like clear, clean spring water” (Prof. M O’Súilleabháin, Irish World Academy of Music)
“Across Bridges” was nominated by the Irish Times in the top 5 trad music recordings of the year.

Sample tracks from the albums (MP3)… 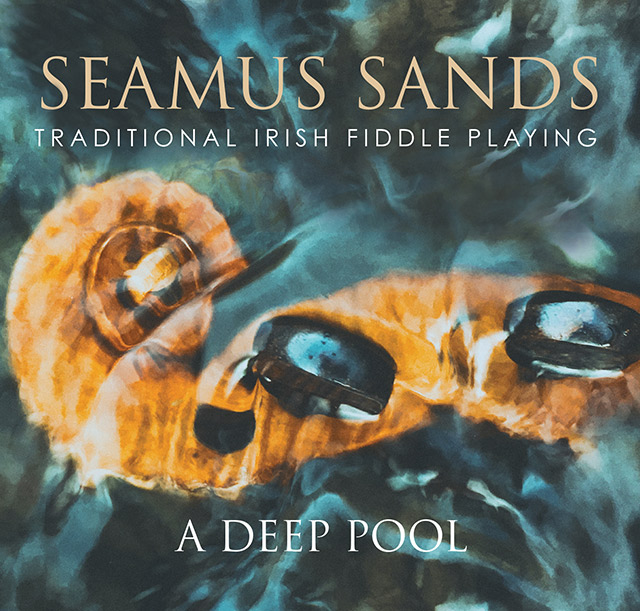